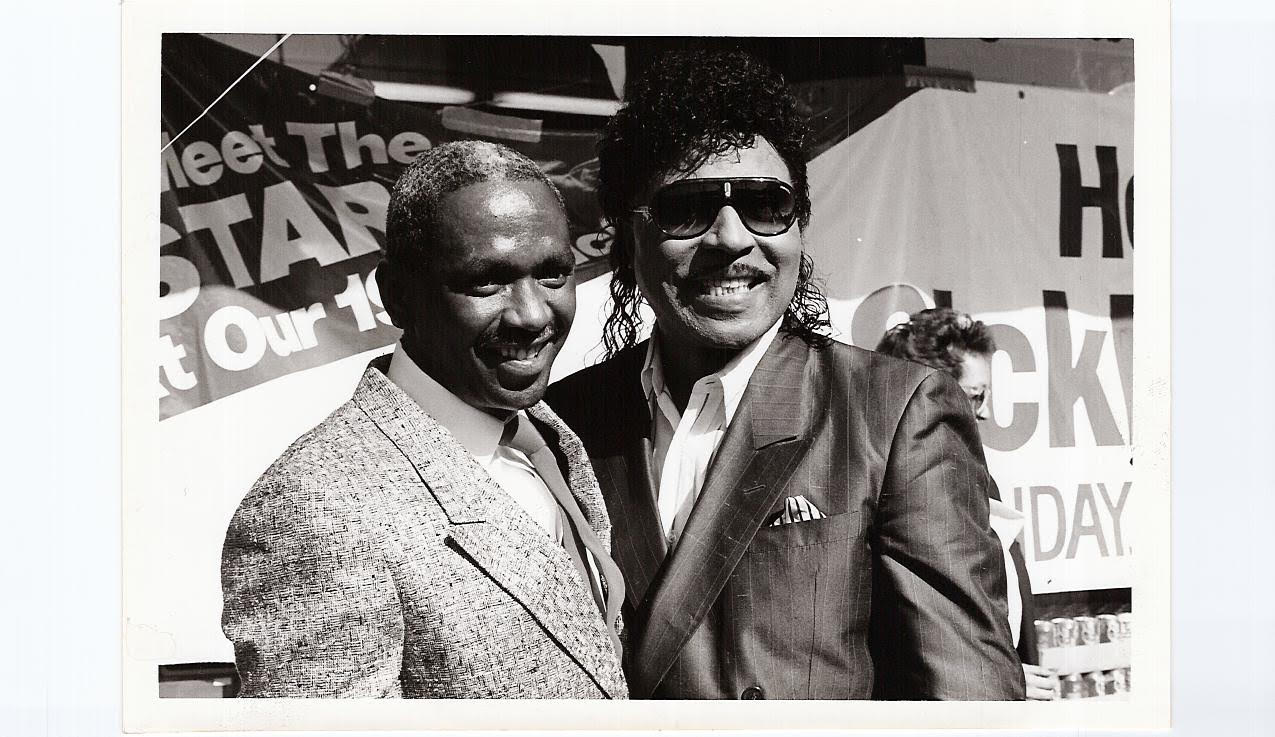 Larry has been playing Saxophones since the tender age of eleven. As a youth in his hometown of St. Louis, Missouri, Larry participated in his junior high and high school. On a whim, Larry, at seventeen years of age, hopped on a bus to a place he had never been before – Columbia, Missouri. Prompted by a vision he first experienced at the age of eight, Larry fearlessly wandered Columbia’s unfamiliar streets until he came across the local music store. Following his long trusted intuition, he soon found himself drawn to the golden horn on display.

“Just need it for a few hours, Goin’ up to the university to audition. I wanna go to school here.”

“You wanna go to college here?”

“You’re not from around here, are ya?”

“No sir, just came in on the bus. Nobody in my family has ever made it to college. But I’m here to try.”

His young voice portrayed both his innocence and determination, and that rare mix was just the combination needed to unlock the owner’s trust.

“Well,” the man hesitated, drumming his fingers on his chin. “Got a driver’s license?” The boy smiled, reached for his wallet and presented the man his credentials.

“Okay, Mr. Williams, I’m gonna hang on to this,” the man gestured to the card as he slipped it into his shirt pocket, “and I expect this instrument back before closing, tonight.” Shutting the sax’s carrying case, the man pushed it across the counter toward the wide-eyed boy.

“Thank you, sir. By closing tonight . . . Oh, one more question.” He paused in the doorway, “Which way is the campus?”

The man’s eyebrows threatened to meet again. “You don’t know where the university is?”

“Never been here before. Just thought I’d give it a try.”

The store owner paused, as if reconsidering the arrangement. Then raising his hand, he pointed in a specific direction and chuckled, “The campus is a couple of blocks . . . that way.”

“Good luck!,” the owner called out, as the boy and the saxophone started down the sidewalk.

Shaking his head, the man whispered to himself, “you’re going to need it.” Without so much as an appointment, the improvising teenager set on the steps of the university’s locked music building and waited for someone to come out. When the opportunity came, he grabbed the sax case and darted inside. Wandering upstairs, he soon found himself in a large room with a piano. There, he picked up his borrowed instrument, took a deep breath and improvised.

The rich tones emanating from the horn wafted out into the hallway, down the stairs and into the department head’s office. Hearing the haunting melody coming from the second floor, the teacher checked his watch. It was after – hours. No one was supposed to be up there.

Climbing the stairs, the curious department head followed the sounds until they led him to an unexpected sight: a scrawny young man, standing in the middle of an empty room, wailing on a sax.

“What’re you doing up here?”

Opening his eyes, Larry turned to see a scowling man with his arms folded in superiority.

“This building is closed today. How’d you get in?”

By the time the young Larry had finished telling the man about his desire for an education to provide for his family and about his love of music, the man was sitting on the piano bench, with his arms unclenched.

For a long moment the department head studied the lanky frame of the trespasser. Then, slapping his knee with resolve, he stood up and motioned the boy to follow. “Come with me.”

. . . By the time the music store locked its doors that night, Larry Williams was on a bus bound for home with his license back in his wallet and a full scholarship to the University of Missouri in his hand.